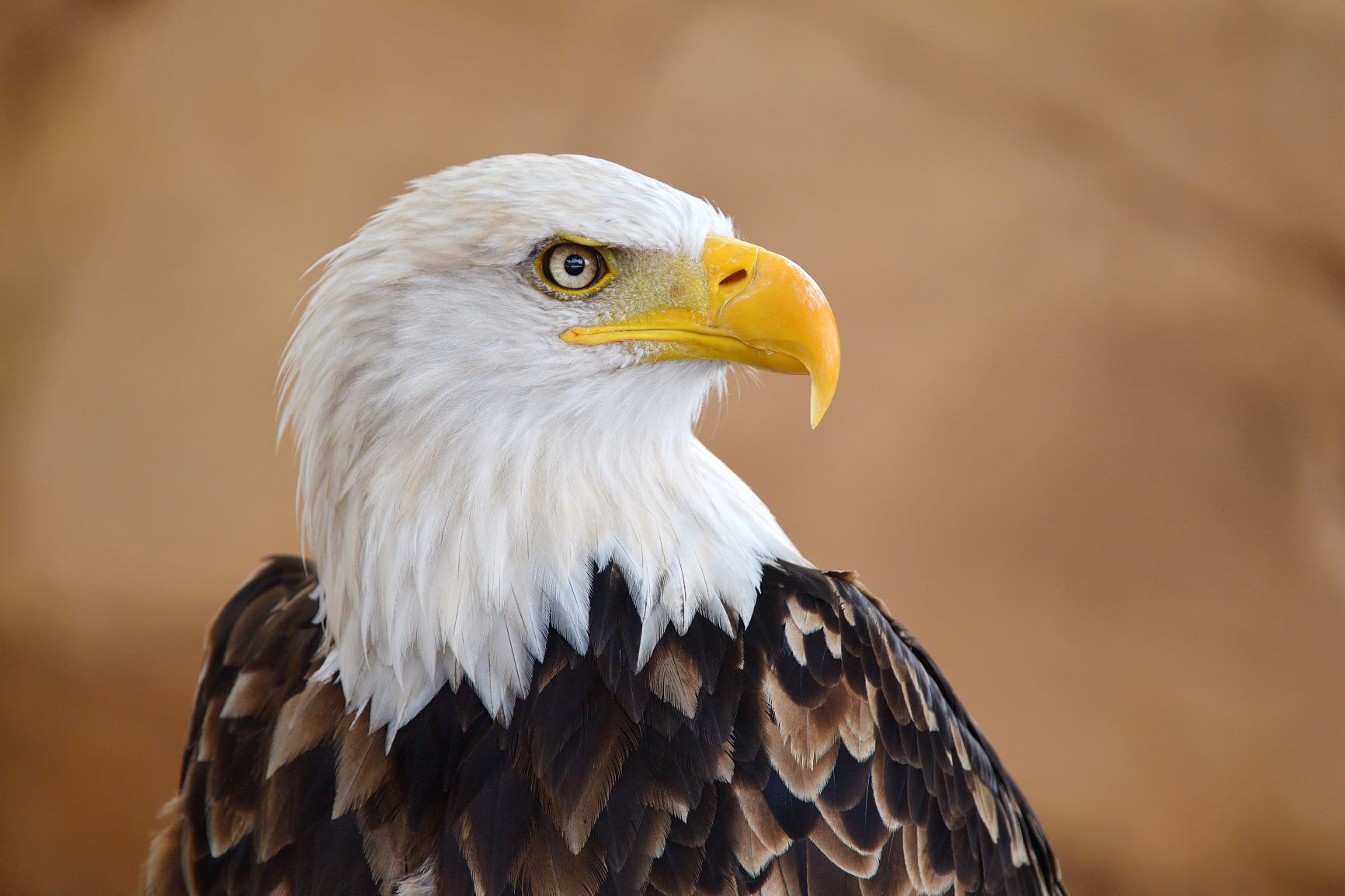 In honor of the upcoming Independence Day we are featuring, you guessed it, the Bald Eagle!  This #BirdoftheWeek was chosen as the symbol of the United States in 1782 for its strength, longevity and majestic appearance, which represents the strength and freedom of our nation. Benjamin Franklin argued against our nation’s symbol, because the eagle steals food from more vulnerable birds- not exactly majestic or honorable.

The Bald Eagle can be easily identified by its stark white head and tail and dark brown body.  They can be seen soaring alone with flat wings searching for carrion, a dead animal, to steal from smaller animals. Although they are excellent fishers and skilled hunters, they prefer to let other animals do the work for them!

Bald Eagles build massive nests that are five to six feet across and two to four feet deep. Nests are built in tall trees near a large body of water and they will use the same nest year after year. This amazing bird also mates for life and will typically raise one to three eaglets each year.

Now a common sight across most of the United States and Canada, the Bald Eagle was in danger of extinction only a few decades ago.  Habitat loss, illegal hunting, and the use of the pesticide DDT were the main causes of their decline. Bald Eagle conservation gained ground in 1972 when DDT was banned in the US and eagles were protected under the Migratory Bird Treaty Act. Once considered an endangered species, the Bald Eagle population continues to increase and is now listed as a species of Least Concern due to continued conservation efforts and federal protection.

There is so much to learn about the Bald Eagle. Below are a few sites to visit:

Bald Eagles nest in a few of your Metroparks, so be on the lookout the next time you visit. Remember, these birds are federally protected, so please watch them from a distance.