Today, November, 12, 2020, The Detroit Riverfront Conservancy and Huron-Clinton Metroparks announced a multi-year, pilot partnership that focuses on widening access to new programs and recreation for city and suburban families, and leverages the world-class parks, greenways and public spaces managed by the two organizations. 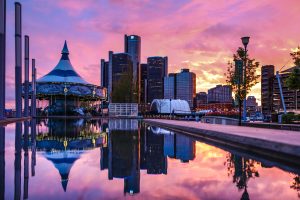 Through the partnership, Metroparks will establish a physical presence in Detroit and contribute $6 million over seven years to the Conservancy for expanded programs and operations at the future Ralph C. Wilson, Jr. Centennial Park on the West Riverfront.

This afternoon, the Huron-Clinton Metroparks Board of Commissioners approved the partnership agreement which will begin immediately with two years of combined robust programming and joint outreach efforts leading up to the opening of Ralph C. Wilson, Jr. Centennial Park along the Detroit Riverfront, which is slated for 2023. Once the park is open, the agreement includes another five full years of partnership that leverages the strengths of each organization. 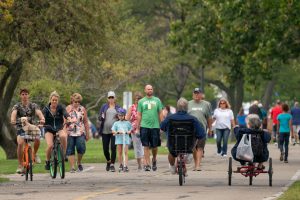 Riverfront Conservancy, build more relationships within the city and with all those who call it home, and have the opportunity to contribute in one small way to the dynamic energy and spirit that are the essence of Detroit,” said Amy McMillan, Director of Huron-Clinton Metroparks. “This partnership will allow us to build upon our commitment of providing exceptional recreation and educational opportunities and better, more equitably serve the city, its neighborhoods and surrounding communities, all while complementing the world-class ring of 13 regional parks in southeast Michigan.” 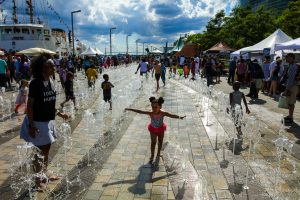 “We are excited by the opportunities of growing our partnership with Huron-Clinton Metroparks,” said Mark Wallace, President and CEO, Detroit Riverfront Conservancy. “The ecosystem of parks and public space becomes stronger when we work together in partnerships like this one. We can do more and serve more people by embracing a truly regional perspective and leveraging our shared commitment to equity and diversity in recreation.”

Ralph C. Wilson, Jr. Centennial Park is one of the most significant projects on the horizon for the Conservancy and a major step forward in completing its goal of developing 5.5 miles of revitalized riverfront. It will dramatically change the landscape along the downtown riverfront, and it is expected to significantly boost economic benefit in the area as well.         Th

e 22-acre park will feature a water component, Sport House with basketball courts, the Delta Dental Play Garden with an array of animal structures for kids to climb in and around and a large lawn that will be used for special events and programming. 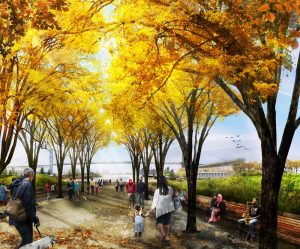 riverfront that educated thousands of Detroiters on wildlife and the outdoors. Teams for each organization are working to finalize details on future programs starting as early as 2021. One of the most ambitious goals is to develop a swimming program to teach Detroiters how to swim. Currently, 70 percent of Detroit children do not know how to swim.

Metroparks and the Conservancy are both reporting significant increases of visitors during 2020. The Detroit Riverfront attracts 3.5 million visitors annually and has remained open every day during the coronavirus pandemic. Since March, use of the Detroit Riverwalk has increased 20 percent and Dequindre Cut usage has increased by 40 percent. During the first decade of the riverfront revitalization project, more than $1 billion in public and private investment has occurred. To date, the Conservancy has invested more than $169 million in the revitalization of the Detroit Riverfront.

Metroparks attracts 5.6 million visitors to its 13 parks comprising 25,000 acres annually and a recent study by the Trust for Public Land found the Metroparks generate more than $90 million in direct visitor spending as well as millions more in other economic, environmental and health benefits each year across the five counties and hundreds of communities it serves – even before the pandemic hit. Since 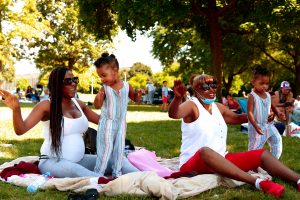 COVID-19 first hit, the Metroparks has reported a 28 percent increase in attendance and remained open, but with precautions and capacity monitoring in place. Both organizations have found that during the pandemic access to nature and public spaces are more important than ever for the physical and mental health of our communities.

The partnership also aims to spur better outcomes for health and wellness through expanded exposure to the outdoors both in the city and the surrounding five counties.

Click on the videos below to hear comments on the new partnership from Huron-Clinton Metroparks Commissioners and Detroit Riverfront Conversancy staff and board members.